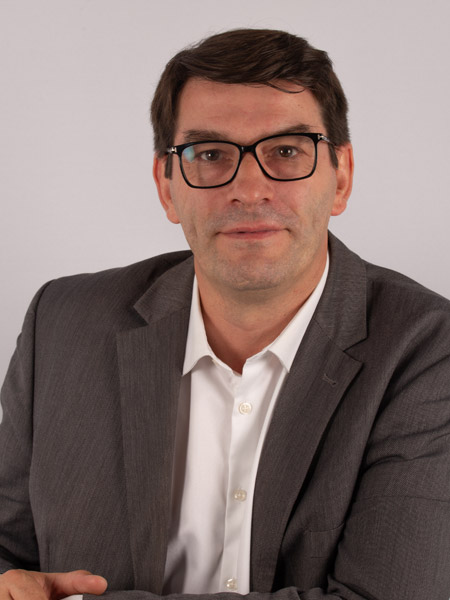 Born in 1970, Damien Michon graduated from Université Paris Sud with a degree in Accountancy and Finance.

He began his career as Financial Controller at DB Finances SA in 1990, before becoming Administrative and Financial Manager at HealthCare Management SA in 1995. He moved into healthcare in 2000, joining the Capio group, first as Clinical Director (Lyon, La Rochelle and Toulouse), then as Regional Manager.

From 2011 until 2015, he was general manager of the Ramsay Santé group. He then became Director of Mental Health and Development at Ramsay Générale de Santé, thus joining the Executive Committee. In January 2018, he was appointed Director of Operations at Ramsay Générale de Santé. He became Ramsay Santé Director of Operations and Development, Medicine, Surgery, Obstetrics & Follow-up and Rehabilitation Care France, on 6 February 2019.